Penicillins and Cephalosporins: Playing the Odds (Plus Bonus!) 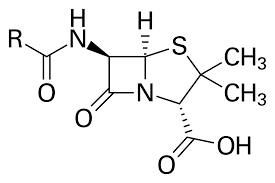 Pearl: For patients with a true penicillin allergy, especially a Type I (IgE) reaction, increased cross-reactivity with first generation cephalosporins is real, but with third generation is not.

Background: Some of us were taught a cross-reactivity rate between PCN allergies and cephalosporins as high as 10%. This appears to have emerged from a few low-quality studies in the ’50s and ’60s. On the flip side, some of us listening to FOAM have likely mentally combined posts about the low rate of “real” allergies among patients who claim them with posts on the low-rate of cross-reactivity and produced the logical fallacy that all cross-reactivity is made up.

Bonus Pearl: “Ondine’s Curse” refers to Central Hypoventillation Syndrome and is so named after a 19th century of a water nymph who made a pact that if her lover proved to be unfaithful, as she was warned, he would lose the ability to breathe without her. https://en.wikipedia.org/wiki/Central_hypoventilation_syndrome