Is Papain Back for Food Bolus Management? 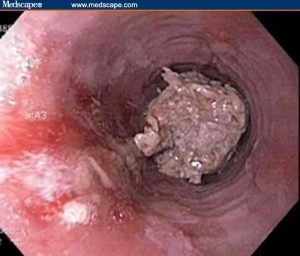 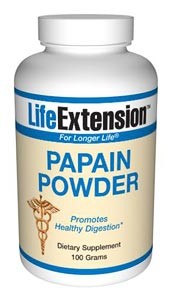 What do you think?

Papain, a proteolytic enzyme and meat tenderizer, had been used to relieve food bolus impactions since it was first suggested in 1945.  However, it fell out of favor in the 1970s and 1980s after a few oft-cited case reports documented esophageal perforation, aspiration pneumonitis, and hemorrhagic pulmonary edema in the setting of its use.  Many societies and reviews specifically call it “obsolete” or “contraindicated”.  But, a recent paper in The Journal of Emergency Medicine brings it back to the table.

Thoracic surgeons reviewed records for emergency department patients with esophageal food bolus impactions at a single academic medical center from 1999 to 2008 and identified 69 with proteinaceous boluses who were initially treated with papain. Of those, 87% had resolution of the obstruction with papain alone, and 13% underwent subsequent successful, uncomplicated endoscopic removal.  There were no esophageal perforations, episodes of aspiration pneumonitis or cases of hemorrhagic pulmonary edema.

Although this is one case series and there is likely some selection bias in choosing patients for initial papain treatment versus primary endoscopy, this paper calls into question the dogma against papain.  Additionally, given the expense, varying access to and invasive quality of endoscopy, an effective therapy/adjunctive therapy like papain could be worth bringing back from the island of exiled medications. At the least, it deserves some discussion, and maybe an RCT.