Emergency physicians most frequently use pelvic ultrasound to confirm intrauterine pregnancy (IUP) in the setting ofÂ  first trimester pregnancy complications. However estimation of gestational age is also described in ACEP’s ultrasound guidelines, and is worth discussing for a few reasons:

The type of measurement depends on the patientâ€™s trimester with biometric data from the first trimester being the most accurate as there is very little biologic variation during this period. Â Essentially, trust the dating from LMP if it is unequivocal and use ultrasonographic estimates if there is a discrepancy between the LMP & biometric estimates. 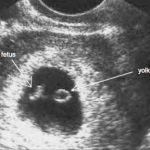 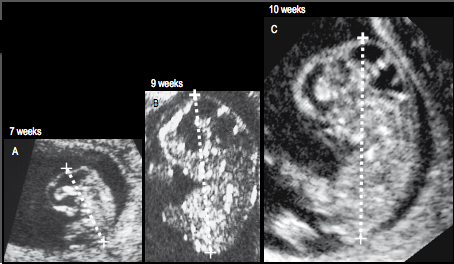 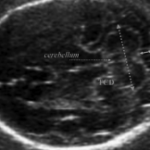