Amanita genus mushrooms cause a deadly toxidrome. Mortality is cited as 10-30%. The mushrooms can be identified by dots or scales on the cap. Cooking the mushrooms prior to ingestion does not significantly decrease toxicity. Amatoxin is the name given collectively to the related toxins found in amanita mushrooms. They inhibit RNA polymerase II.

Treatment options are limited. Activated charcoal is likely to be ineffective as GI symptoms are delayed and patients are likely to present to the Emergency Department too late. IV fluid resuscitation can be helpful for urinary excretion of the toxin. Penicillin used to be considered effective, but no longer is. IV Silibinin (found in milk thistle) may be beneficial in severe cases. Extracorporeal albumin dialysis (ECAD) has been found to be effective. Liver transplantation should also be considered. 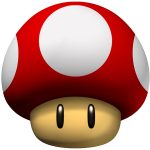