To Hydrate or not to hydrate, that is the question 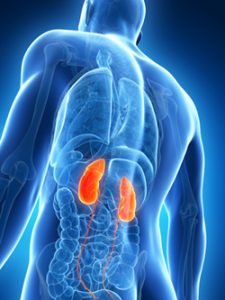 Is there any data behind renal hydration prior to CT to prevent contrast induced nephropathy? Or is it just a habit we picked up along the way and has no clinical benefit? The AMACING trial answers that question.

Background: Currently, there is no treatment for Contrast Induced Nephropathy (CIN). In patients who have a reduced GFR or whom are high risk for CIN, the goal is prevention. The staple of prevention has been pre and post exposure IV hydration.

Design, setting, population: Prospective, randomized, non-inferiority trial. (Open label: Lab workers processing creatinine samples were blinded however clinicians and study subjects were not). Patients were randomized to either receive the intervention or control, baseline characteristics were balanced between groups. This study took place in the Netherlands. 1300 patients were initially included however 600 patients were enrolled. Patients were enrolled in the study if they were scheduled for an elective procedure requiring IV contrast and had the following:

The Take away: There is no clinical benefit to pre and post IV hydration in preventing CIN in high risk patients.