As ER docs, we see more EKGs per day than 95% of doctors out there. To survive, you have to be good at recognizing the big EKG findings, like STEMI, pericarditis, PE, and a multitude of arrhythmias. But if we’re honest, there’s always more to learn to pick up on the subtle things.

In this post, we’re talking about bifascicular block, which you should keep in mind for syncope patients. You already know what fascicles are, but how many of them are there and where are they located? Witness: 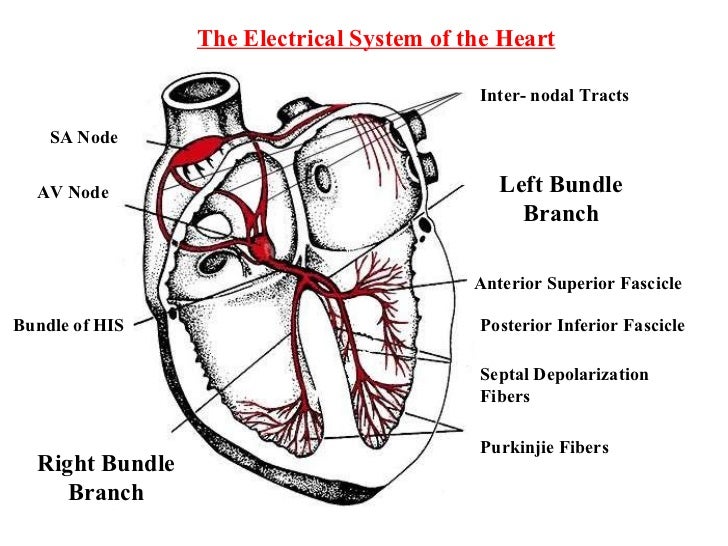 As this diagram shows, there are three fascicles: one on the right side (the right bundle) and two on the left, the anterior superior fascicle and the posterior inferior fascicle.

Bundle branch blocks are what happen when the electrical signalling to one side of the heart is delayed. Since the left side of the heart has two fascicles, you need blockage of both to get a true LBBB. BUT, you can also block each of them independently; this is called LAFB (anterior fascicle) or LPFB (posterior fascicle). Here’s what the EKGs look like:

Note that neither of the fascicular blocks have a particularly prolonged QRS, because electricity is still conducting down the other L fascicle.

Bifascicular block is when you have one of the two L fascicular blocks along with a RBBB: in effect two out of three electrical pathways are blocked, and any interruption in the third fascicle can put patients into complete heart block. The EKG looks like the blocks above combined with a RBBB, like so:

The important thing to note here is that if someone comes in after syncope with this EKG, it suggests that they went into transient third degree block, and they should be evaluated by cardiology. These patients often have a pacemaker placed if no other cause for their syncope is found.

That’s it for today! One more life saved.

Today’s pearl brought to you by lifeinthefastlane and the number 3.