the first symptom of hyperkalemia is death

Earlier post covered temporizing measures to counter hyperkalemia — namely, intracellular shift, increasing cardiac myocyte threshold potential. Give furosemide if the patient still urinates and consider dialysis, but then ask yourself: how did the patient get hyper K in the first place?

Often, it’s b/c of missed HD. But don’t forget to consider:

If it’s not these reasons, then it may be a secretory issue…

This post reviews some basic renal physiology that’s relevant to the ED!

When potassium levels are high, the distal part of the nephron will secrete potassium. This is possible because K+ moves favorably down a gradient generated by the Na-K ATPase pump, as well as from being pulled by water (a.k.a. solvent drag). 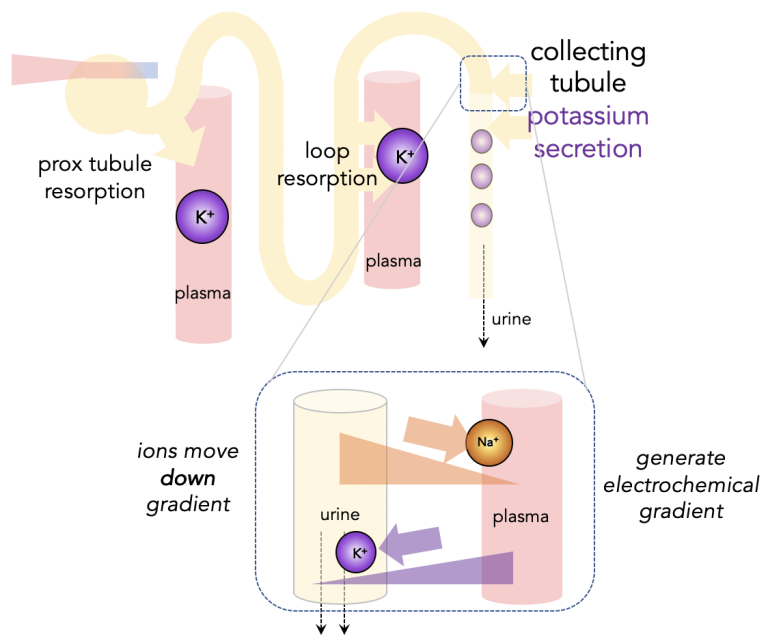 A key part of potassium secretion is aldosterone’s activation of Na-K ATPase and addition of sodium channels (ENaC), all to generate the favorable gradient. 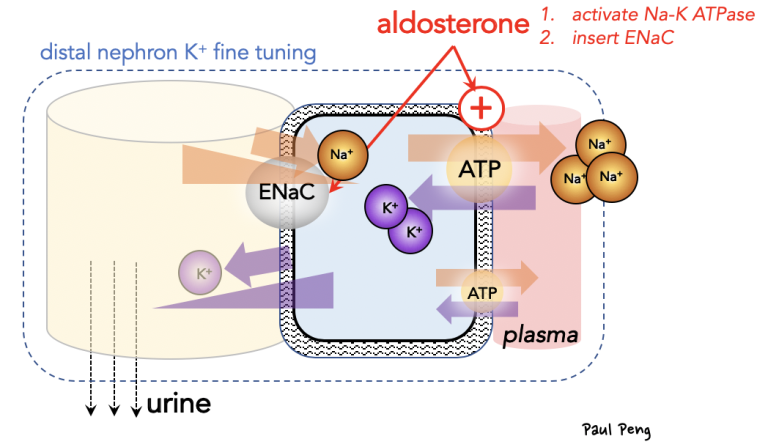 Take-home point #2: ASK about patient’s medications! (or Dr Cappi Lay will be upset) 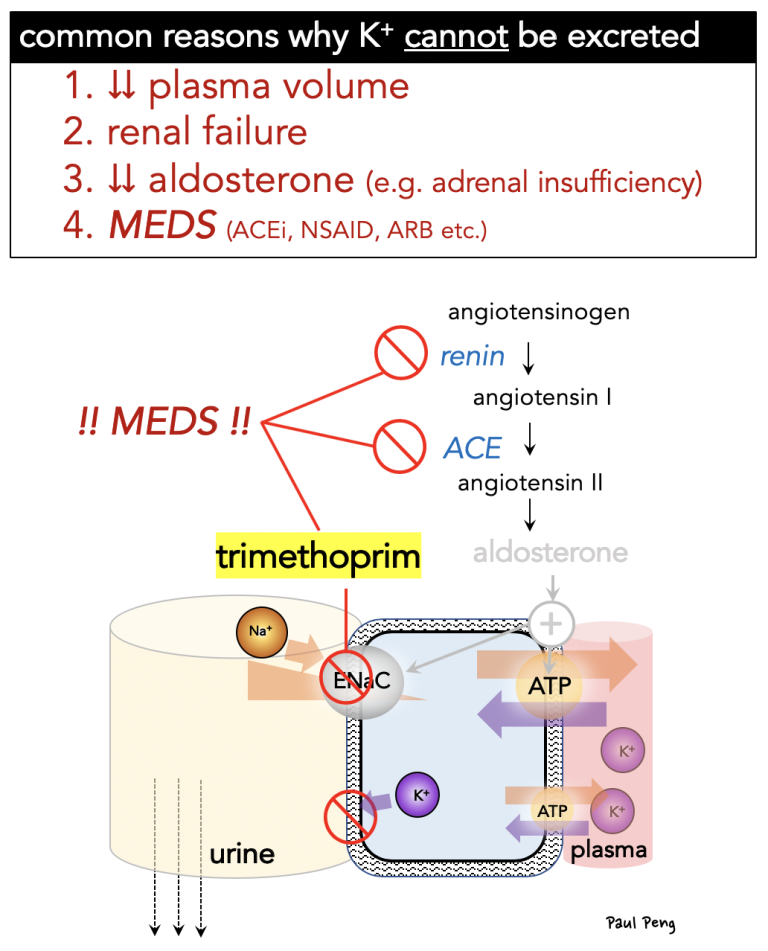 Finally, there is an association (not proven causally) with trimethoprim (i.e. Bactrim) causing sudden death, especially in patients taking potassium-sparing meds. The physiology is believed to be due to trimethoprim’s blockade of ENaC, disrupting the electrochemical gradients. The effect is small, but something to consider since it is prescribed so often: