Home Pearl of the Day Toxic Alcohol Ingestions: What’s in the Gap?
NextPrevious 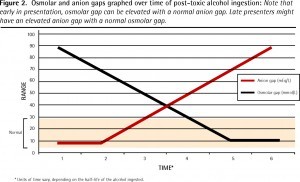